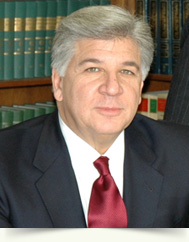 "I always guarantee my clients one thing - no one will work with more diligence or determination in representing you. Over the past 35 years, I have been a strong advocate for my clients both in and out of the courtroom. I would consider it a privilege to represent you."